Is it too late for a Christmas post? Oh well... 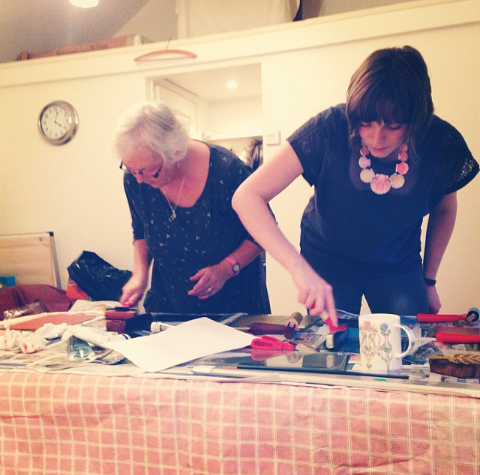 My polar bear in progress... 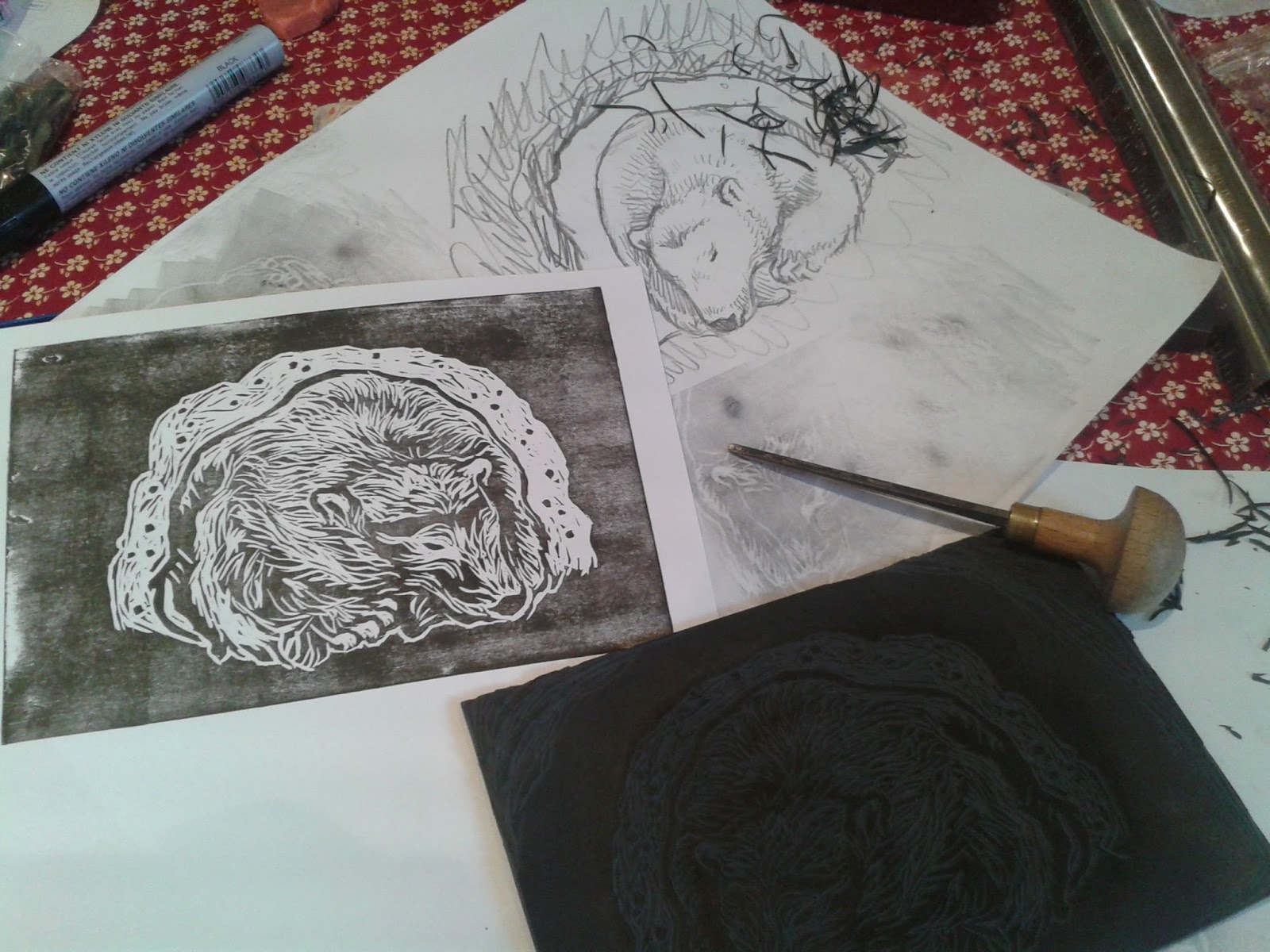 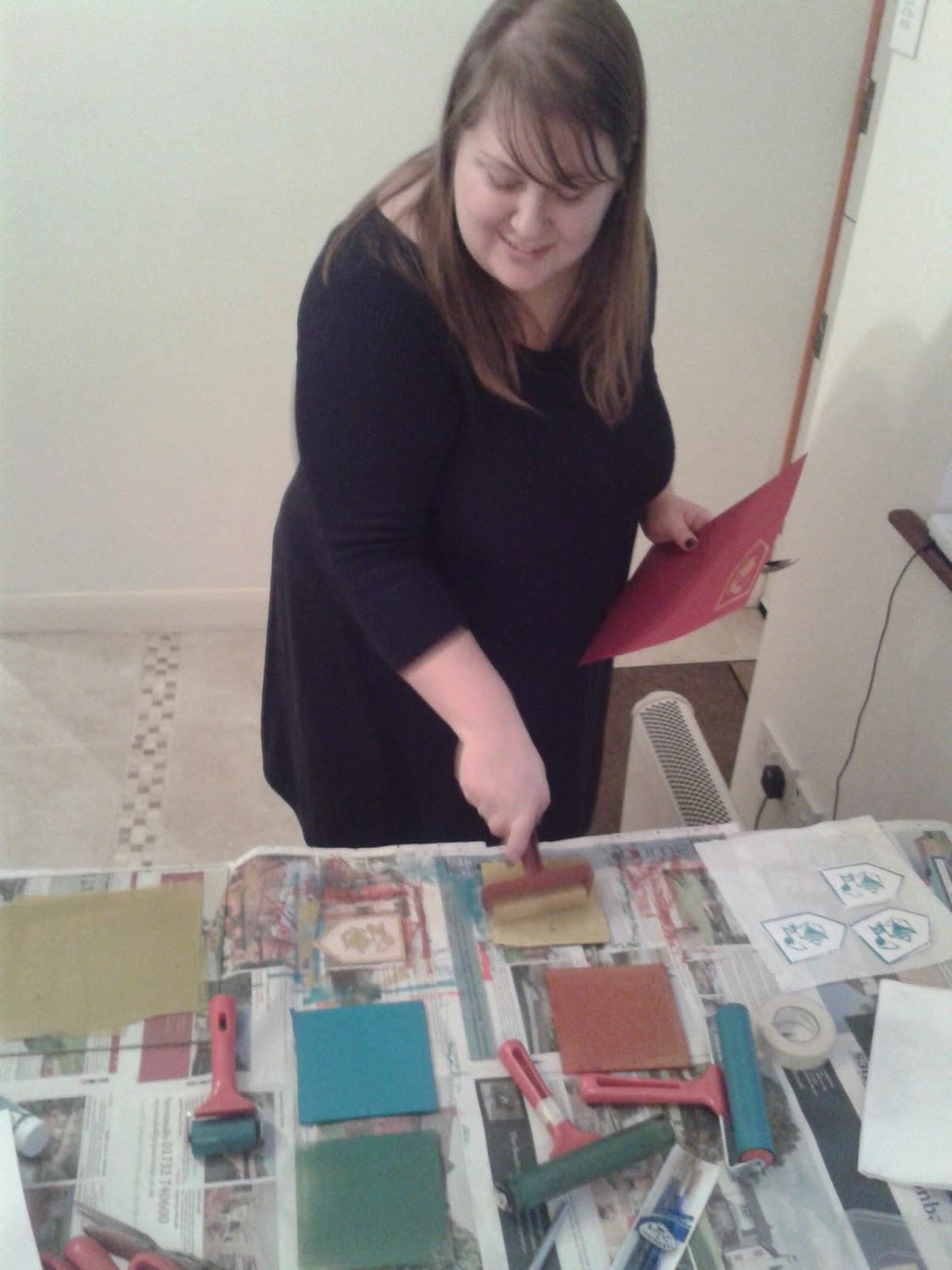 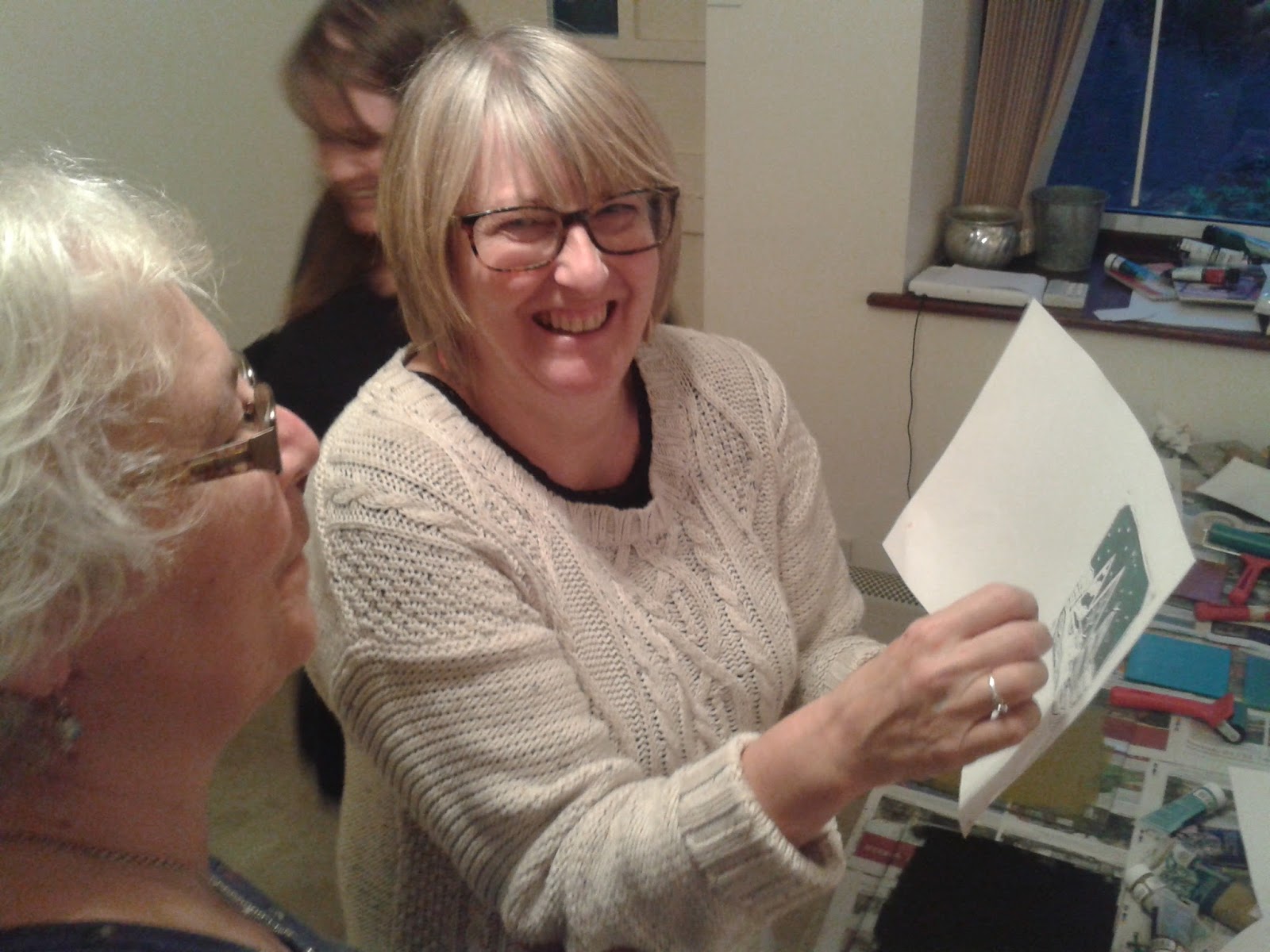 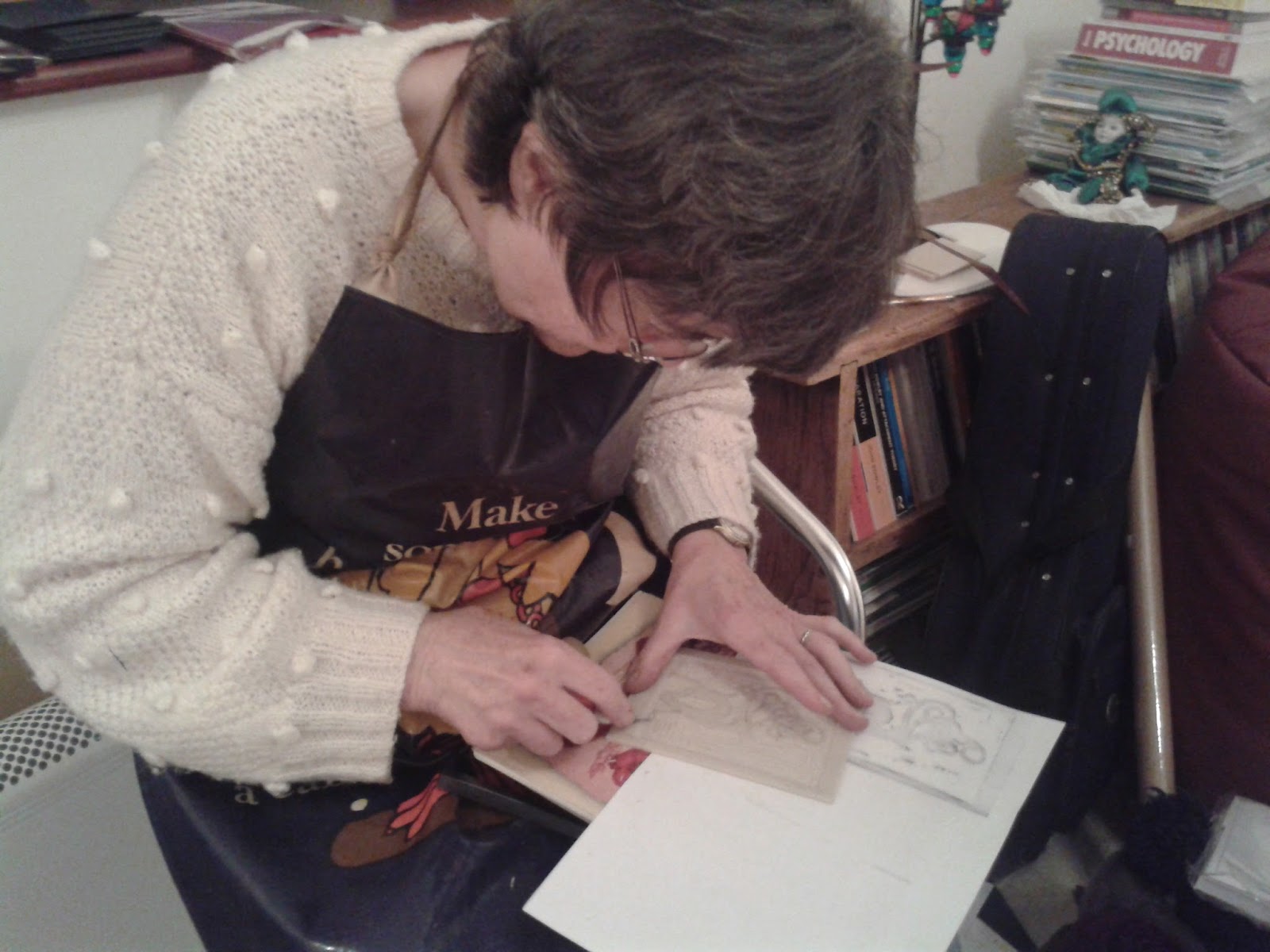 And my polar bear Christmas cards printed up and drying off... 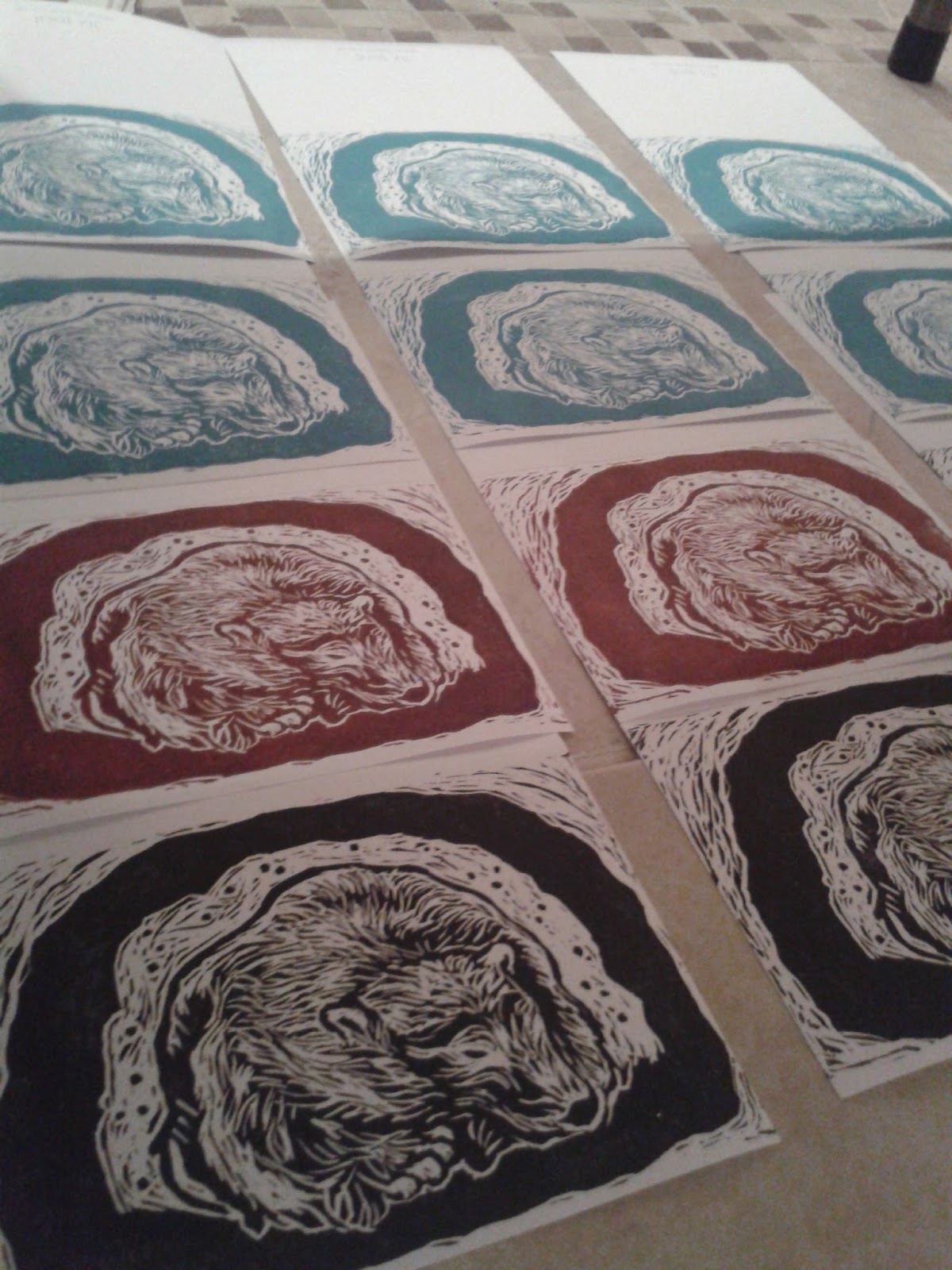 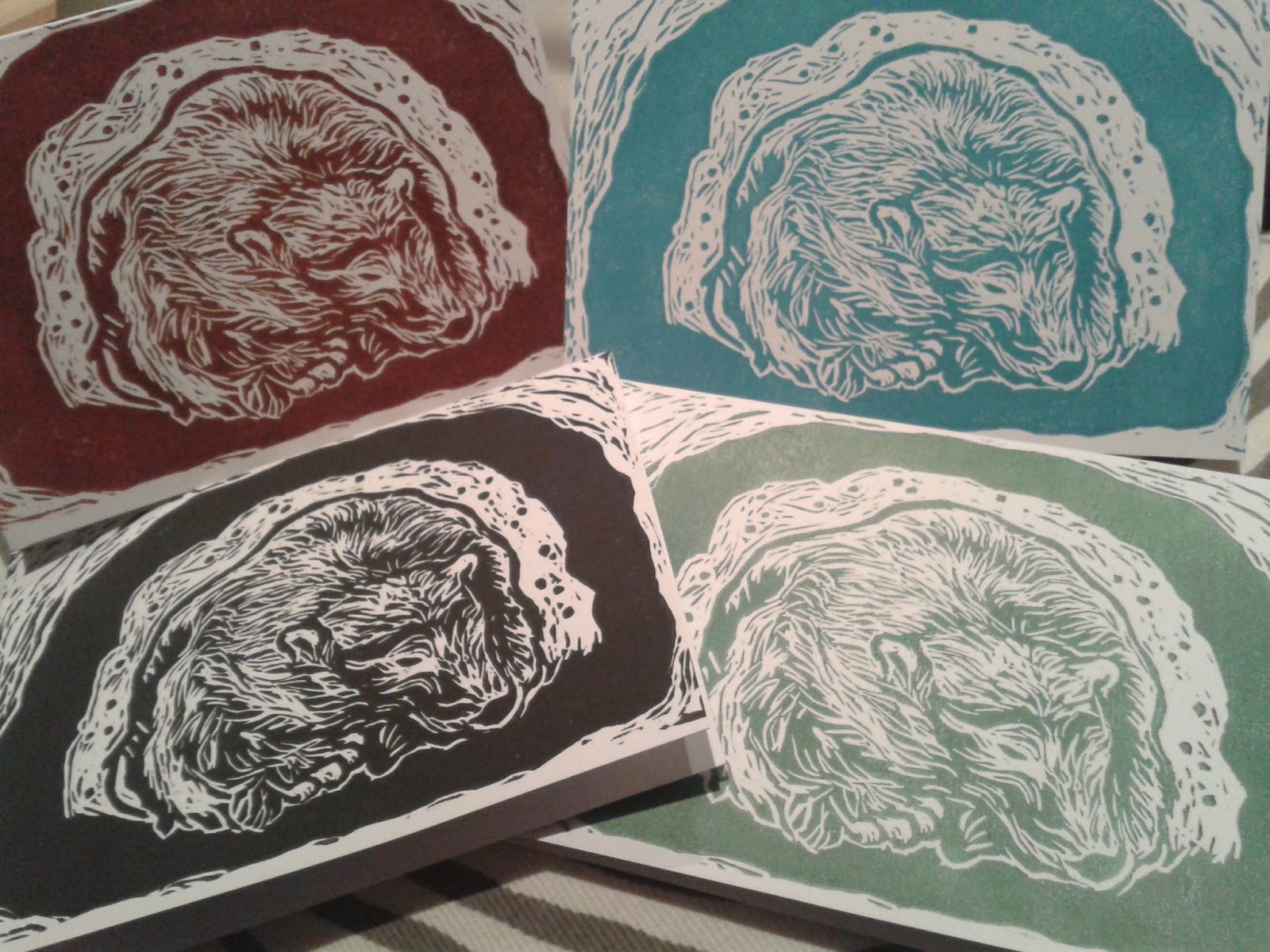 My uncle recently built an extension on his house, opening up his living room, creating a new dining and kitchen space and making a slightly delayed move away from the 1970's. He did such a wonderful  job of decorating that I decided to design some accessories to go in his new, stylish home.

Being quite eccentric and having a taste for tradition, Clive had been going on for some time about wanting a trophy deer head in his front room. Since I couldn't quite I afford one of these, I decided to have some personalised placemats, coasters and a tea towel printed up for him featuring British wildlife including, of course, a deer. Hopefully he's happy with them! 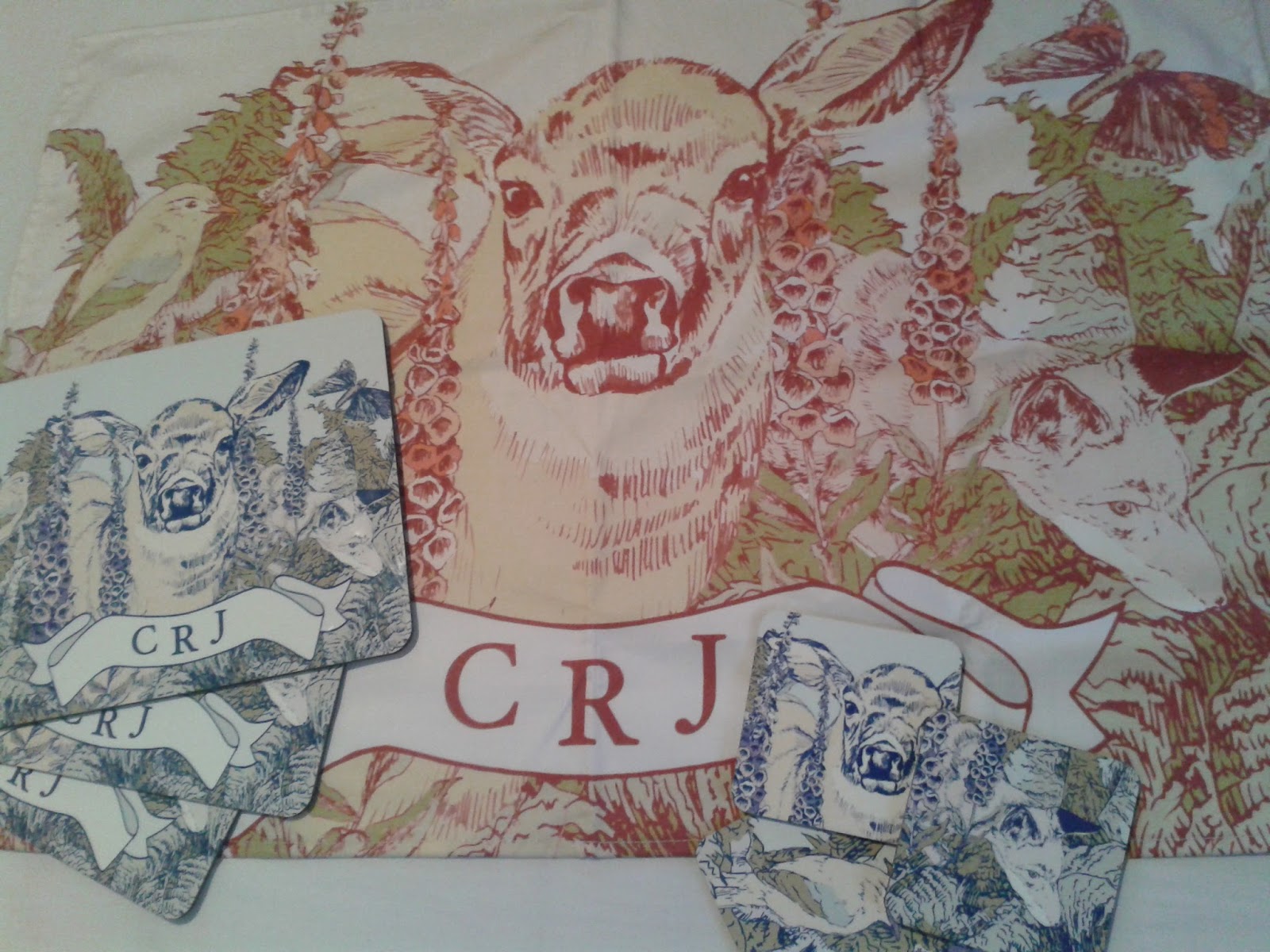 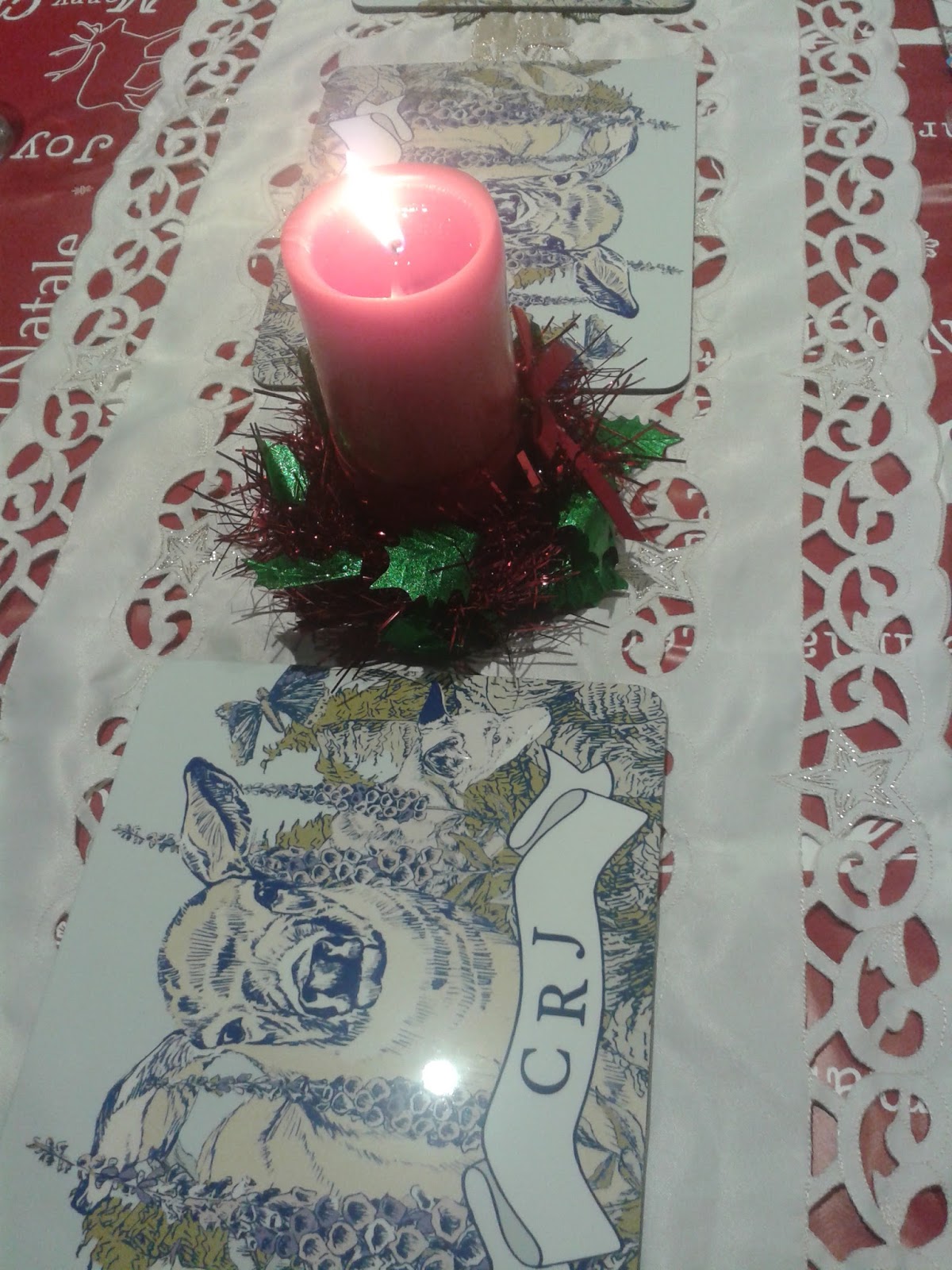 Oh yeah. and I bought him some hilarious cutlery with HOOVES. You can find brilliant things in French boot fairs. 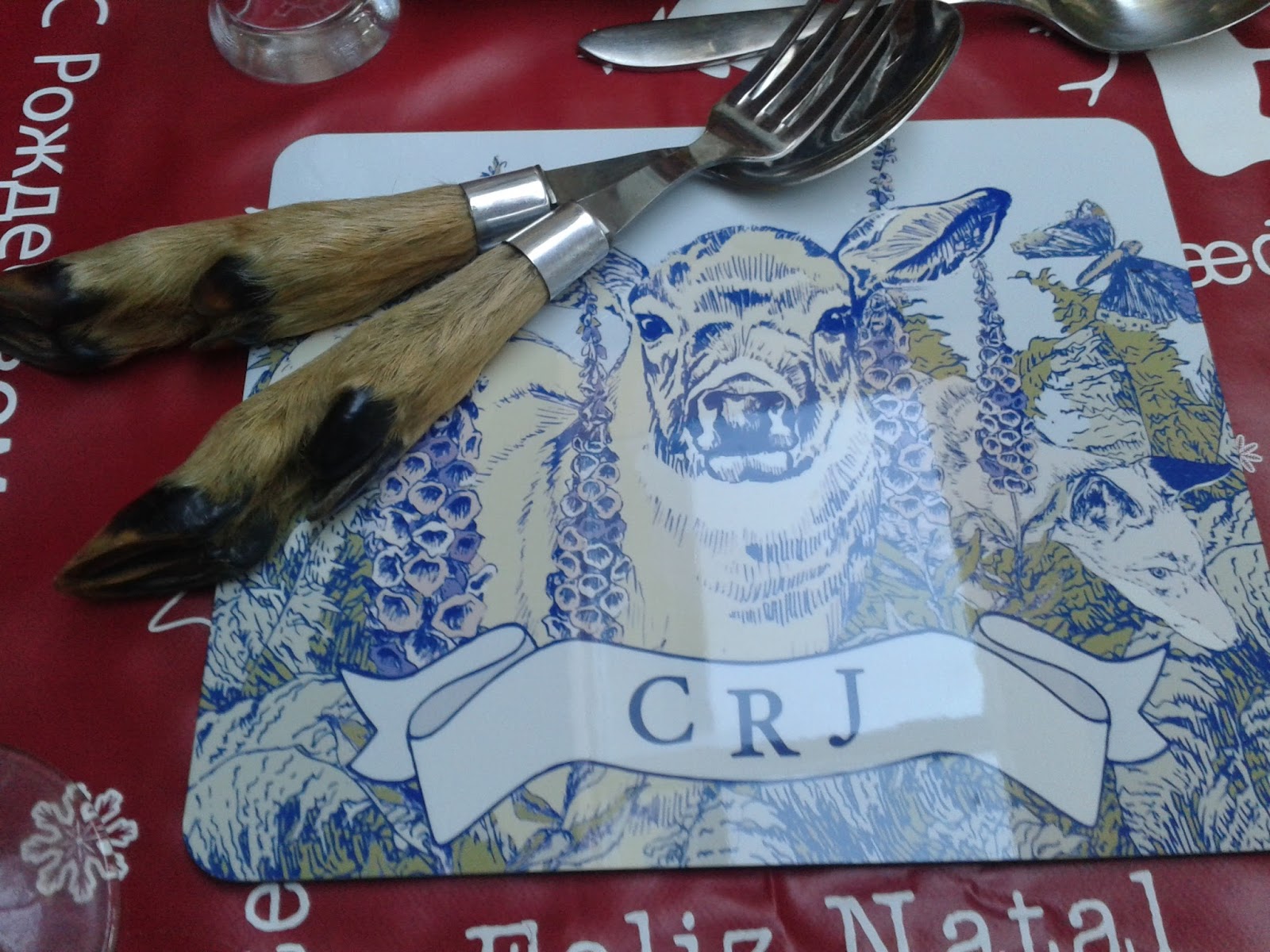 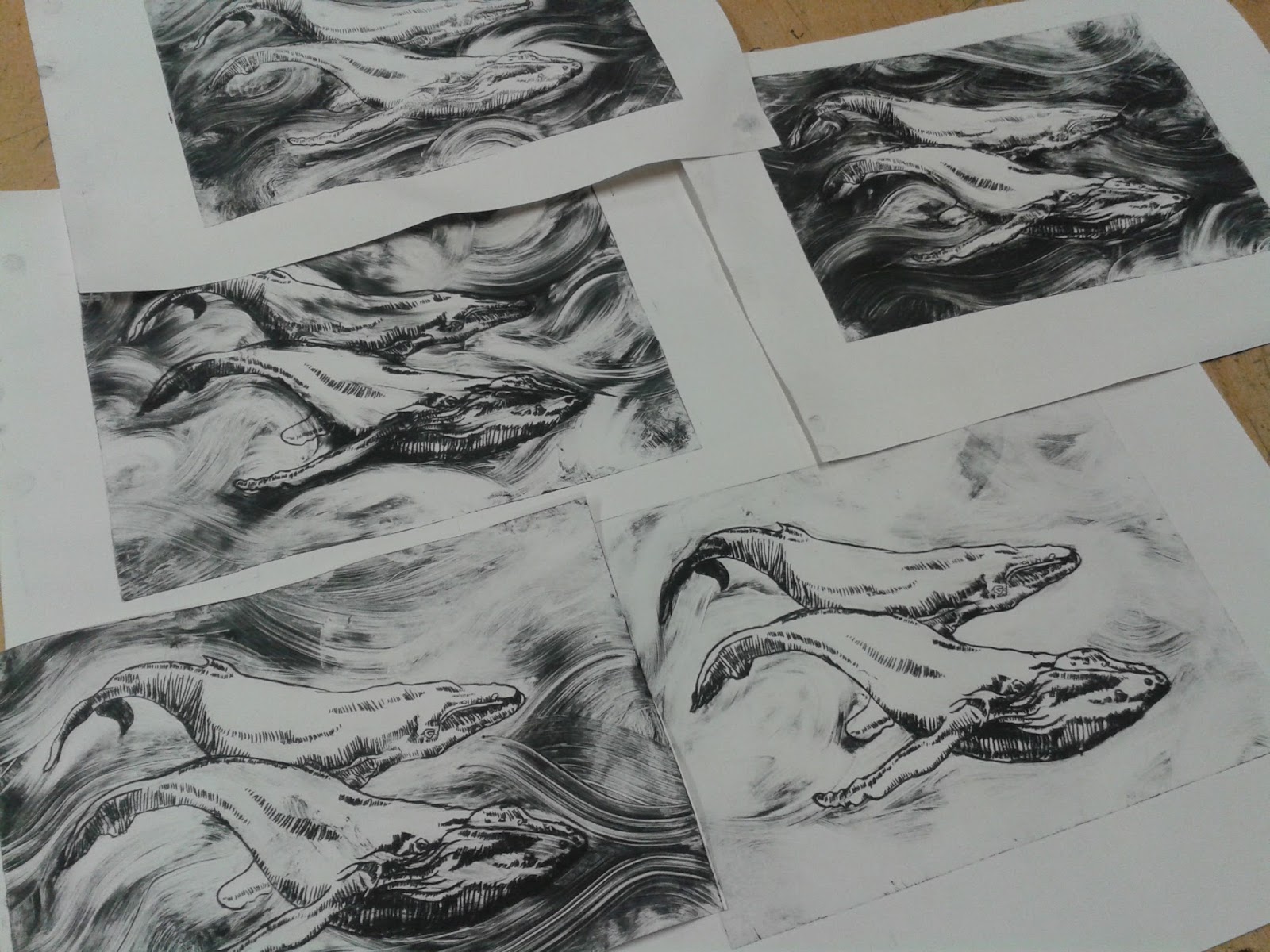 Since I'm frequently asked questions by students about etching and I often don't have the answer, I thought it was about time I had a go at it myself. I etched a pair of whales to try printing and experimented with wiping the ink in the background to give the impression of waves. They're by no means perfect but I'm pretty pleased with my attempt!
Posted by Unknown No comments: